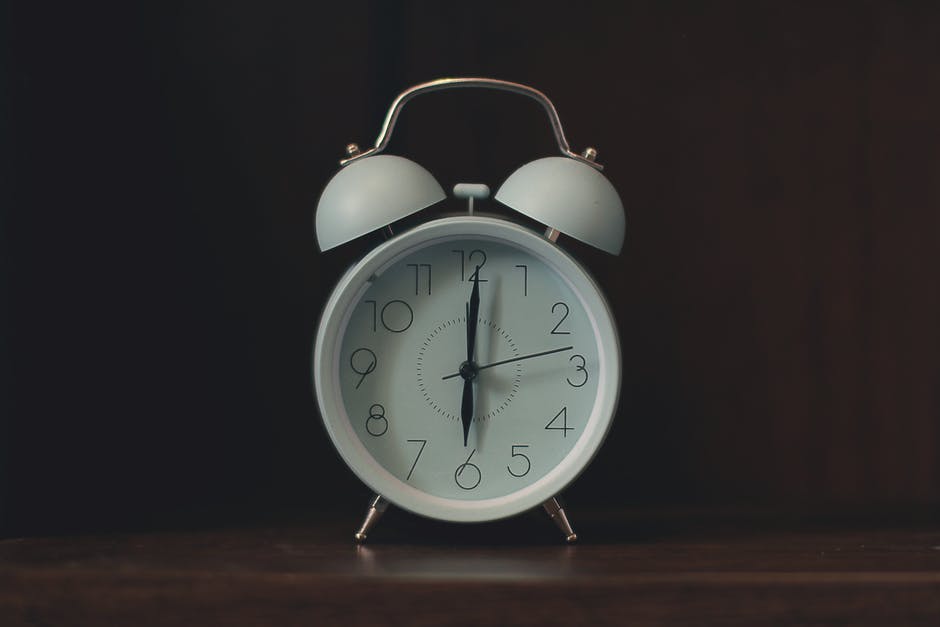 We all know how rough waking up in the morning can be.

And, seeing as a third of Americans don’t get enough sleep, it’s no wonder so many of us have trouble waking up.

But, there are a lot of alarm clock choices out there, so how do you know which one to buy?

Check out this guide to learn about the coolest alarm clocks.

Great alarm clocks are capable of doing more than just waking you up. The Amazon Echo is a perfect example of an alarm clock that goes above and beyond its purpose.

With the Amazon Echo, you can set multiple alarms for multiple days of the week.

In addition, this alarm clock also allows you to stream music, podcasts, and audiobooks. And, it has wireless speakers, a white noise machine, a video conferencing camera, a news-headline reader, and Internet connectivity that allows you to have Alexa at your beckon-call.

The Echo Spot is one of the few alarm clocks on the market that can be completely controlled by voice. So, if you don’t like having to press a bunch of buttons, the Echo Spot is definitely for you.

Travelwey’s genius lies in its simplicity. Basically, if you want a durable alarm clock that gets the job done, the Travelwey Home LED is your answer.

It has only a handful of buttons, making it one of the easiest alarm clocks out there to operate. And, for those who are a big fan of hitting the snooze button a couple or more times, the Travelwey makes it incredibly easy to find.

Also, for those who have trouble seeing without glasses or contacts, the Travelwey is an excellent choice. This is because the numbers on the alarm clock are large and clear enough to be seen from across the room. And, you can even adjust the brightness of the numbers, which is great for those who are sensitive to bright lights when sleeping.

The Travelwey also comes with a handy nightlight and a backup battery.

Do you want an alarm clock that also doubles as a home security system? The IRIS 5 has you covered.

This alarm clock includes all the normal bells and whistles of a regular alarm clock, but with one catch: it also contains a hidden spy camera.

The alarm clock camera is angled upward at a 10-degree angle, allowing you to catch the upper torso of subjects. And, the best part is, you can remotely live to view the camera feed from anywhere.

If you’re worried about strangers breaking into your home, then this alarm clock is the perfect device to give you peace of mind.

Even with all its functionalities, IRIS 5 is an incredibly easy alarm clock to set up.

For those who really want to experience a sound sleep, the IRIS 5 is the answer.

This alarm clock’s name is no mistake- when you hear the Sonic Alert Sonic Bomb go off the first time, you actually might think you’ve just heard a bomb drop.

The Sonic Alert Sonic Bomb is not messing around. In fact, the alarm clock actually comes with ab vibrating attachment that shakes the bed to ensure you get out of it! The alarm reaches up to 113 decibels in volume, ensuring that even the deepest of sleepers don’t sleep through its noises.

The Sonic Bomb comes with two alarm modes as well as plenty of options for customization. And, it also comes with a large red LED screen.

So, between the vibrating bed, the booming noise, and the pulsing red light, the Sonic Bomb pretty much guarantees that you’ll jump right out of bed when you’re supposed to.

Alarm clocks are more than just devices to wake you up in the morning. The right alarm clock can also add some style and sophistication to your room.

If you’re on the hunt for a classic, stylish alarm clock, the Lemnos Riki is the clock for you.

Made from beechwood and designed by Japanese modernist Riki Watanabe, the Lemnos Riki is an analogue clock that will add the perfect touch of style to your room.

With its half-inch long numbers and large hour and minute arms, the Riki is an incredibly easy alarm clock to read, even for an analogue one.

And don’t worry, even though it’s an analogue, the clock still comes with a snooze function that’s doled out in 4-minute increments.

And, even though the alarm clock appears to be perfectly round, there’s actually a subtle indentation at the base of it. This helps prevent the Riki from rolling off of your nightstand.

Do you like the style of wooden alarm clocks, but hate reading analogue clocks?

If so, the Oct17 is just the alarm clock for you. This clock combines the best of both worlds: it’s a wooden clock that reads digitally.

In addition to displaying the time, the Oct17 also displays the date, time, temperature, and even the humidity levels.

It comes in a unique triangular shape that will look perfect in a room with minimalist decor. The Oct17 comes with three separate alarms that can be controlled with a tap or clap.

Coolest Alarm Clocks: Which One Will You Buy?

As you can see, there are a lot of great options out there when it comes to alarm clocks.

Which of these coolest alarm clocks will you buy? Let us know in the comments below!