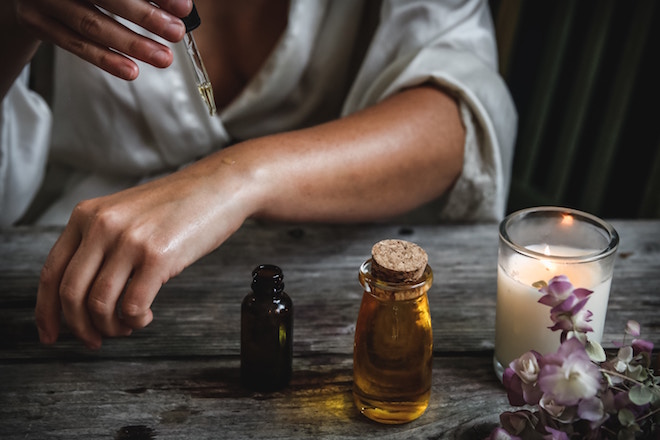 Cannabis contains more than 100 active ingredients. The two most important are tetrahydrocannabinol (THC) and cannabidiol (CBD):

Cannabis has advantages that other active ingredients do not have: The body produces even very similar substances, the so-called endo-cannabinoids, which exert their effect via various receptors, which are also susceptible to ingested cannabis active ingredients. The receptor CB1 is found in the central nervous system and many other organs, relieving anxiety, stress, restlessness, and pain. The CB2 receptor is located in the immune cells of the lungs and intestine and has anti-inflammatory effects.

There are still too few empirical data and studies on efficacy, long-term and side effects because cannabis was not allowed to be used and examined due to the earlier legal situation. Too high a dosage, for example, cannabis spray can limit the short-term memory. Cannabis medicines are not suitable for patients with depressive disorders or other psychiatric conditions, as well as for patients with heart disease, such as cardiac arrhythmias.

Reimbursement of cannabis on prescription by health insurances

The basic conditions for the reimbursement of medical cannabis are:

Both THC (delta-9-tetrahydrocannabinol) and CBD (cannabidiol) have been shown to have an analgesic effect, especially in (chronic) neuropathic pain (pain caused by injury or malfunction of the nervous system) and cancer-related pain. In acute pain, however, they act poorly or not at all.

Cannabinoids are at least ten times weaker than morphine. In addition, around 30 percent of cannabis-treated patients do not respond at all. Cannabinoids can also be combined with opiates.

The effect of cannabis against concomitants of cancer chemotherapy such as nausea and vomiting is well documented. However, THC must be given in relatively high doses, which can lead to mental side effects. At lower dosages, cannabinoids may improve the effects of other anti-infective drugs (antiemetics).

Also, the appetizing effect of cannabinoids is well documented, both in HIV patients and those with cancer. The effect begins even at a low dosage. There are also positive reports in cases of Alzheimer’s patients, in which also the confused behavior decreased. The appetizing effect of cannabinoids was significantly greater in each case compared to the placebo. PharmaCielo a Canadian company has become a leading supplier of naturally grown and processed, standardized medicinal-grade oil extracts and related products.