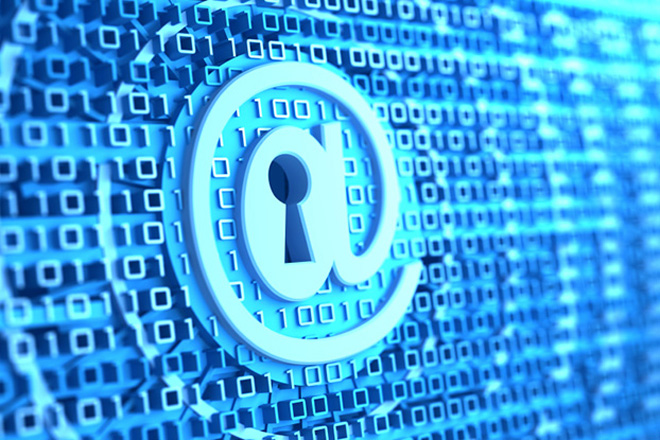 Computer viruses may seem like a modern problem but they’ve been around for a long time. The first known infection was the “Creeper” virus, discovered in the early 1970s.

Viruses, malware, and other security threats are much more common in today’s world but fortunately, firewalls and internet security are much more powerful. Let’s look at what those terms mean and how they work together to keep you and your data safe online.

What Are Firewalls and Internet Security?

A firewall is a filter that scans the information sent to and from a computer to protect against hackers and other threats. It can be either hardware- or software-based, depending on the complexity and what it’s protecting.

Internet security covers a much larger spectrum. A firewall can be part of a good internet security plan but it’s not the only piece. Antivirus, malware scanning, and anti-phishing measures are all part of an effective security strategy but a typical firewall doesn’t do all those things.

The Importance of Firewalls

Any computer connected to the internet gets assigned an IP address that other computers can use to identify it. This interconnection is what makes the internet possible but it also means anyone who has a computer’s IP address can target it for attacks.

Even the most basic home computer likely has information stored on it that you wouldn’t want to be stolen but when you consider the amount of data on a business’ server, the risk will multiply many times over. A firewall blocks hackers from being able to access that data.

Software firewalls, like the one built into any recent version of Windows, run on the same PC they’re protecting. They block outside access, scanning every packet of information coming over the internet for anything that looks suspicious.

Hardware firewalls run on separate devices such as your network router or in the case of many businesses, a separate server. These devices pass information back and forth between the computers they’re connected to and the internet, filtering everyone going in both directions.

It’s Not Only About Incoming Attacks

Most people think of a firewall as protection against attackers trying to access your computer or server but they also protect against outbound security problems. Many firewalls can be set up to block certain types of information from being sent out from your network, helping protect you against data breaches – intentional or not.

They can also be set up to block access to certain websites or other services. This can be useful if you want to stop your employees from accessing sites like Facebook or YouTube during working hours or block your kids from certain types of websites.

Firewalls work in different ways, including:

Packet filtering works by inspecting incoming and outgoing packets of information and either allowing or stopping them based on rules set by the firewall. These rules could be based on IP addresses, protocols, or ports, for example.

A proxy service acts as a proxy for the system that’s sending and receiving information. The proxy receives the inbound data, checks it to be sure it’s safe, then sends it on to the system that it’s intended for. Try u1337x for this safe proxy service.

Stateful inspection is another type of packeting filtering. Packet filtering as defined above is stateless meaning each packet gets treated independently of any others. The firewall doesn’t evaluate it based on any other packets already received.

Stateful inspection means the firewall evaluates the packet based on the sender, the machine it’s intended for, and previous packets sent.

Various other features and technologies can factor in firewall protection. You can learn more about how does a firewall work if you want to get deeper into the technical side of things.

A firewall will stop unwanted access to your network and computers but it can’t stop everything. If someone intentionally does something that opens them up to a security threat, a firewall won’t always block it because the action was taken on purpose.

One of the more common problems is phishing attacks. This is usually in the form of an email that looks like it’s coming from a legitimate company such as Apple, Facebook, a bank, or another service used by a lot of people.

If you click a link in the email, it usually takes you to a web page that looks like the real thing but is a fake page set up to collect login information. If you enter your information, whoever created the fake page can then log into the real site and wreak havoc with your account.

Viruses and other malware are open to the same sort of attack. If the user does something that allows the malware to install itself on their computer, a firewall can’t always stop it.

Because firewalls aren’t able to stop all these threats, it’s important to run an antivirus and other malware scanning software. This is true whether it’s on your PC or your business network.

And part of a good internet security strategy is education. Make sure you are familiar with how to spot phishing attacks and other threats or make sure your employees are aware of it if you’re looking at it from a business perspective.

Knowing how to spot a threat is one of the most effective forms of protection, regardless of what kind of technology you’re using. Even with the latest advances in artificial intelligence, computer “brains” don’t hold a candle to the real thing.

With so much of our daily lives handled by computers, more and more of our information is being stored digitally. Digital thieves know that and are always on the lookout for ways to steal it.

Most of those thieves are looking for an easy mark. When you take steps to protect yourself online with firewalls and internet security, you’ll insulate yourself from them. They’ll see you’ve taken precautions and move onto the next mark.

Did you find this post helpful? Check out the rest of our site for more useful information like this.