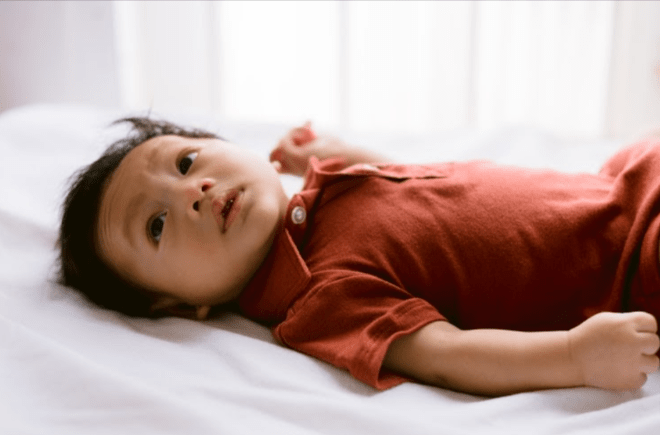 A rash on your little one can invoke a sense of panic and fear. Fortunately, many rashes are harmless or easily treated. Sometimes, a rash is simply an indication that the skin is doing its job and keeping the body safe. Other times, it might be a sign that there’s an internal struggle going on, alerting you that it needs medical support. Here are five common rashes kids experience (and what you can do about them):

Nappy rash is extremely uncomfortable for little ones, so keeping the best nappy rash cream in good supply is important. At the first sign of skin irritation, try to keep your baby’s skin uncovered so that it has a chance to remain dry. Apply a liberal amount of nappy rash cream, and monitor how the rash responds. For stubborn nappy rashes, consult with your doctor and rule out bacterial imbalances and yeast infections.

Heat rash is especially problematic during the warmer months and while traveling in a car. Using a car safety seat for children under the age of three is essential, but pay extra attention to your little one’s temperature as heat can accumulate in these seats.

Heat rash is usually harmless, but it may be accompanied by crying, restlessness, and irritability. Never allow your child’s temperature to drop too suddenly if they have overheated. Move the child to a well-ventilated area and allow them to cool off slowly and naturally, airing the skin that presents with a rash.

A few weeks into life, many babies develop pimples. This acne is harmless and should pass within a few days. In the womb, babies share many of the hormones that are in the mother’s body. As the baby and mother separate after birth, the hormones leave the baby’s system and can create an acne-like reaction.

Oftentimes, the mother experiences the same symptoms as her pregnancy hormones begin to leave her body. Do not try to remedy this. Instead, allow the acne to pass naturally. If it doesn’t clear up within a few days, consult your doctor to establish a diagnosis.

Eczema is an itchy, scaly rash that can become inflamed and even bleed if it is scratched. It is quite common in young children, and it is devastatingly uncomfortable. Thankfully, most babies outgrow eczema as they enter childhood. A dermatologist can help you manage eczema flare-ups with intensive moisturizing products and other lifestyle changes.

Scarlet fever often accompanies or follows strep throat infections as it is caused by the same bacteria. It is easily identified as a widespread rash of tiny red bumps across the whole body, but it does not occur on the hands or feet. Children usually also have a bright red tongue, a fever, and a sore throat.

Scarlet fever was considered a dangerous illness until the invention of antibiotics made it far easier to treat and resolve. The condition typically affects children between the ages of 5 and 15 years, and the rash is caused by a toxin released by the Streptococcus pyogenes bacteria.

When to call a doctor

The time to call a doctor is when you’re uncertain. Don’t wait for an emergency. Knowing what you are dealing with can give you the power to decide how to handle it, but the diagnosis is key. Many parents feel embarrassed to appear worried, but there’s no shame in having concern for your children. There’s also no need to watch your little one suffer or create unnecessary stress for the family.