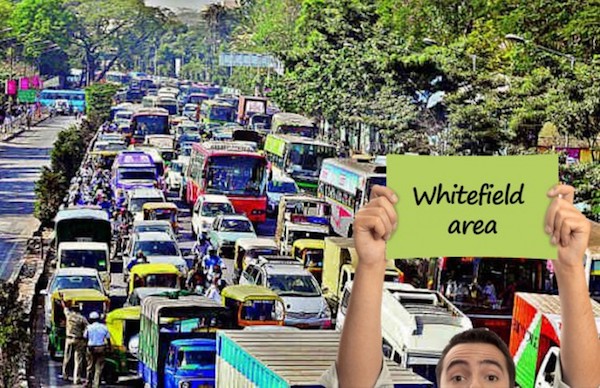 Traffic in the Silicon Valley ranks second after Delhi. With Bangalore becoming the hub of youth for new career opportunities and a major tourist destination of the south, it is becoming increasingly difficult to navigate across the city.

It is common knowledge that traffic jams have increased drastically after the launch of many cab hiring apps at reasonable rates. Everyone, be it a student or tourist is hiring a taxi to travel to and fro as cab rides have become far cheaper than autos in most of the cities, plus the added comfort and luxury is a bonus. Though comfortable for commuters, the taxis have also become a reason for jams and hence delay in reaching to a given location.

This problem of traffic jams can be easily solved if the daily commuters and tourists switch to hiring two-wheelers instead of taxis. Two-wheelers require much lesser space as compared to taxis and can hence reduce the frequency of jams. They are even easier to handle and ride. Even an inept rider cannot cause as much a commotion and horn blaring in jams as an expert cab driver. Two-wheeler renting is a feasible option to reduce jams in Bangalore.

New bike renting portals Wheelstreet.com allow tourists and daily commuters to get Bike on rent in Bangalore on a daily and monthly basis to make their way to work every day or to visit the adjoining tourist destinations around the city. Two-wheeler renting is becoming a new trend and this can be very useful in solving the problem of traffic jams, especially during rush hours.  If one opts for hiring a two-wheeler, one can not only reach the destination on time but also play an important role in reducing the pollution caused by the combustion of fossil fuels.

All of us know well that four wheelers consume more petrol than two-wheelers and hence increase the depletion of fossil fuels at a higher rate. In order to support sustainable tourism, traveling by bikes instead of cabs and taxis can be a wise and doable choice. Hiring two-wheelers have an added benefit too as they are more cost-effective than cabs. Even the bike rentals in Bangalore supply two-wheelers for rent at affordable prices which can easily be borne by daily commuters and tourists alike.