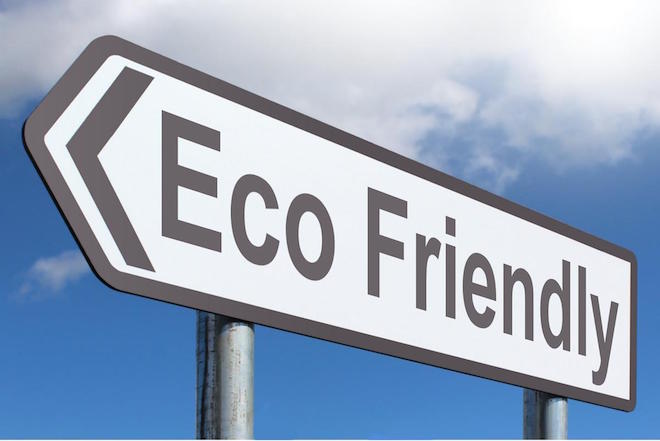 Eco projects, the basis of which is the protection and safety of the environment, can be another idea for creating a business. Ecological business ideas and projects can include the creation of recreation areas, the production of environmental goods, products, the production of which will not be detrimental to the natural resources.

One more advantage of ecological products is their quality. Their cost is significantly different from synthetic products, but the demand for them increases annually, in proportion to the increase in the number of people, who care about their health. These projects are essentially popular in the USA. When you are visiting this country, you can use Hertz Hillsboro.

Here is our list of six modern ideas for eco business projects.

Disposable plastic devices turned out to be extremely dangerous for the environment – there is an urgent need to recycle such household items. Americans have found an alternative that solves the environmental issue without compromising the comfort of using disposable tableware. They make the tableware from fallen leaves! The technology involves softening them with water, followed by pressing with heat and steam. No other components are used in the manufacture. In addition, this dish is as light and durable as plastic, it can be put in the refrigerator, oven and microwave. The most important thing is that even after using it for its intended purpose, it can be used once again. For example, as an additive to feed hamsters, parrots, rabbits, even cats and dogs. Moreover, it can be used as compost for domestic plants. It has one disadvantage -such dishes in America cost a dollar for a plate. Nevertheless, considering the product is multifunctional and waste-free, it is worth it.

The principle of the production technology of clothes from milk is to turn sour milk into strong material by producing protein powder from milk, which is then mixed with water, boiled and pressed into strands. Fabric is made of this yarn, which resembles silk. Clothes made from milk are no different from traditional clothes, they can be ironed, washed and have no specific smell. Tissue production from milk requires dozens of times less water than traditional cotton production: to produce a kilogram of material using Qmilch technology, 30 liters of milk and 2 liters of water are needed (for comparison, 20 thousand liters of water are needed to produce 1 kilogram of cotton). The author of the idea is German designer Anke Domaske.

Dry closets that work autonomously without being connected to a sewage system are a breakthrough in the market for environmental goods and services. However, the human thought went further, and now this toilet is a small plant for the production of biological fertilizers. A special electronic system is installed inside the dry closet of a new generation, in which almost everything is automated: water pressure, drainage, sanitation, and problem monitoring. The operator remotely watches the work of such a toilet, so the fertilizers formed during the work are taken out of the booth on time, and a fresh tray is put in place. The system receives electricity not from the power grid, but from solar batteries installed right there on the booth. This allowed setting the price for a single visit of the toilet for five cents.

Such mixture is proposed to be used in aviation for aircraft not intended for civil aviation, that is, for freight traffic. In this case, 70% of aviation fuel and 30% of biological fuel are used. The latter is made from ordinary garbage. The technology has been used by American aircraft for several years now, which significantly saves natural resources. During the year, at least 180 million gallons of such biofuels are used.

This idea of ​​creating special eco-friendly coffee cups combines several eco-friendly ideas. First, they are made from recycled waste: rags, waste paper and other materials. Secondly, at their production the technology of production of biodegradable packaging is used. Thirdly, plant seeds are specially integrated into the paper when making cups. The idea of ​​such cups is that after using them, they should be softened in water for five minutes and earthed. The paper part of the cup softens, and the seeds inside it germinate. The glass can be simply thrown away, but then the germination process will drag on for about six months. Such a cup costs as much as a regular paper one — two cents. As practice shows, the germination of seeds of such a container is maintained for two years. The only problem is that they can not be exported. Nevertheless, this does not mean that it is impossible to produce such cups domestically using local green manure crops – plants that help prepare the soil for planting useful crops.

The so-called recycling, that is, the use of waste for re-production, is also used in construction. For example, today, for the manufacture of building blocks, wastes of metallurgical industries are used. Most often, this building material is used for covering landfills, parking lots, trails, embankments; construction of dams. In addition, this slag is used as an optional component in the manufacture of other building materials:

In addition, it is used when backfilling insulation.

As you can see, environmental ideas in business can concern a variety of areas. The main thing is to have a favorable political situation in the country. After all, if the government does not think about ecology, then the business will not risk doing anything that is unprofitable for itself.