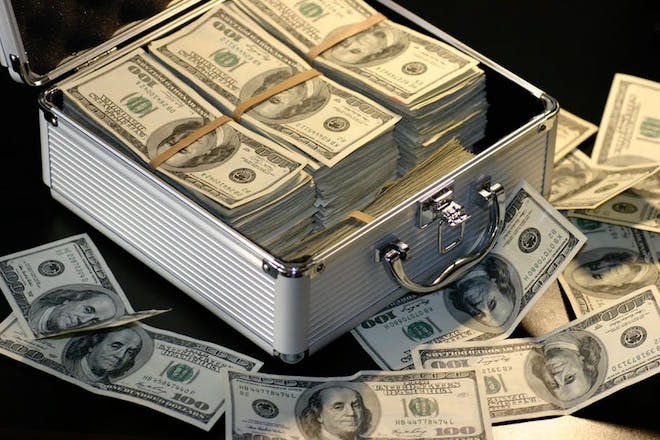 Most of us wouldn’t need to check with Forbes to name some of the richest people in the world. After all, the likes of Bill Gates and Warren Buffett are household names.

But what about the real rich people who have managed to make billions without making the headlines?

Many of the richest people in the world take pains to stay out of the limelight while some heirs and heiresses can become a young rich person in the world before they’re even out of diapers. And then there are other insanely rich people who lived too long ago for most people to have heard of them.

We take a look at some of the richest people in the world with fortunes that will definitely surprise you.

The Richest Secret People in the World

Whether they’re investing in the world’s fastest growing banks and businesses, opening chains of fashion stores, or reigning over empires, these rich people and their secret stashes have all made our list:

Starting off our secret rich list is the richest person ever to live, Mansa Musa, otherwise known as Musa I of Mali.

Musa was the reigning emperor of the Mali empire and commanded a fortune worth a staggering $400 billion. Born in 1280, Musa was a devout Muslim who constructed mosques and education centers across Africa until his death in 1337.

Since his reign was so long ago, there are varying reports about his death and abdication. But, what’s beyond doubt is that no one has ever come close to the kind of wealth that Musa had, even if none of us ever learned about him in history class.

Back to the land of the living, one of the wealthiest people in the world you’ve probably never heard of is Carlos Slim Helu, the richest man in Mexico.

While you’re unlikely to have ever heard of Amancio Ortega, we’ll bet that you’ve bought something from one of his stores.

This Spanish billionaire is the founder of the clothing and accessories retailer, Zara. His Inditex empire, which has now spread across 88 countries and includes around 6,500 stores, prioritizes giving the customer what they want as soon as possible.

Unlike many secret people who’ve amassed billions, Ortega prides himself on his humble ways and simple tastes. He still sits with his employees in the company cafeteria and continues to visit the same coffee shop daily. And, despite being the founder of a fashion chain, he prefers to wear a plain blue blazer and white shirt every day.

As the widow of Italian entrepreneur and candy king Michele Ferrero, Maria Fissolo now oversees a fortune of almost $25 billion from her Monte Carlo home.

Her late husband founded Ferrero SpA, Europe’s second-largest confectionery company, best known for Nutella and Ferrero Rocher. And, while she didn’t make the money herself, Fissolo is sitting pretty as one of the richest secret billionaires in the world.

Leonardo Del Vecchio’s sunglasses company Luxottica has helped him amass a cool $18.7 billion by controlling stores such as Sunglasses Hunt and brands such as Ray-Ban and Oakley.

Del Vecchio owes his vast fortune to understanding the lure of a luxury price tag, but he likes to keep a low profile despite being the richest man in Italy.

There’s no shortage of Dubai rich men, but one of the richest has to be the president of the United Arab Emirates, Khalifa bin Zayed Al Nahyan.

His status as the UAE’s president since 1971 makes him far from unknown in his own country. But even those who have traveled to the UAE are unlikely to know his name or have any idea that he’s worth a cool $15 billion thanks to his role in opening up the UAE to the West.

As the granddaughter of Fidelity Investment’s founder and the company’s current president and CEO, Abigail Johnson is one of the most powerful people in the world.

But, overseeing $2.1 trillion in investor’s pensions, savings, and investments doesn’t faze this down-to-earth multi-billionaire. Known to her friends as ‘Abby’, Johnson dresses in a sober style and prefers to keep out of the limelight.

Norwegian heiresses Alexandra and Katharina both became billionaires when they were just 11 and 12 years old respectively. In 2007, their father, Johan H. Andresen Jr. transferred 42.2 percent of his investment company, Ferd, into their names to secure them a place on the world’s youngest rich list.

Now 22 and 23, while these sisters aren’t the youngest billionaires in the world anymore, you’re unlikely to have ever heard of them.

That title goes to Prince George of Cambridge, the son of Prince William and Kate Middleton. While you’ve probably heard of Prince George, you might not have expected this six-year-old to have such a fortune already.

The popularity of Prince George’s parents, as well as the expectation surrounding his birth, meant that the national British economy and the British royal family’s wealth grew even before he was born, making him the world’s current youngest billionaire.

As this list goes to show, it’s possible to preside over eye-watering fortunes without hitting the headlines.

And, while the names on this list might not topple Bill Gates anytime soon, you can be sure that even if they do, we’ll be unlikely to hear about it.

For more of the latest news, reviews and inside scoops, be sure to check out our other blog posts!