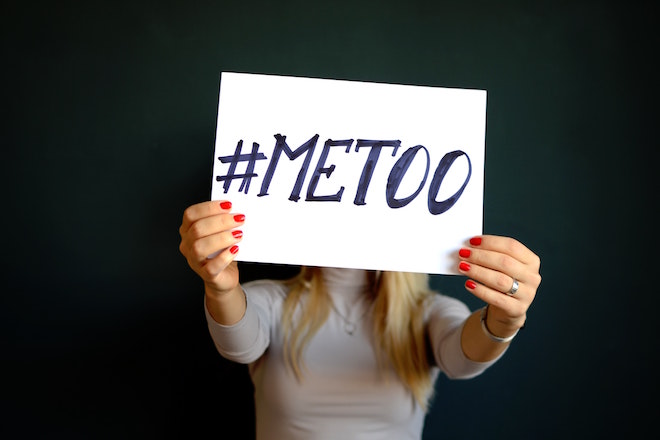 The #metoo movement led to positive changes in this country. Women felt free to talk about their experiences, leading to the arrest and conviction of Harvey Weinstein among others. Women highlighted the extent of the problem while drawing strength from each other. However, many people never discuss the downsides of this movement. What are these downsides, and why do people need to acknowledge that the movement did harm as well as good?

Women, emboldened by the #metoo movement, began sharing stories of mistreatment at the hands of men. Slight offences were shared along with horrific stories of rapes that happened years ago but weren’t reported as the women feared regulation. The reaction to this movement has led to a fear that false rape claims could increase. While false claims remain a small percentage of rape claims made today, these allegations have devastating consequences. Just ask the three young men at Duke who were falsely accused of rape following a party for the lacrosse team. Crystal Magnum, a stripper, accused the boys of rape, and the public and Durham police department vilified them. The allegations were later shown to be false, yet the boys’ lives had been destroyed. Anyone accused of sexual assault needs to speak to rape attorneys immediately for assistance in defending against these charges.

The #metoo movement also equates sexual harassment, discrimination, and assault. While all are horrific, an off-colour joke differs significantly from a rape, but the movement seems to forget this. The movement blurred the distinctions between these events and consolidated all claims into one large group. However, the events differ drastically in terms of their impact on the victim and their status within the legal system. American culture focuses on victimhood more and more today. People use oppression as a means of demanding recognition and respect. This brings about sociological concerns as well.

Women became divided as a result of the #metoo movement. Some females believe the movement was overused, and women were claiming to be victims for something most would brush off. Others, in contrast, felt too many women were being excluded from the group because their claim didn’t have enough weight or the event didn’t meet certain standards.

For instance, Daphne Merkin, a self-described feminist, used the New York Times to launch a claim that many incidents being reported were too minor and didn’t deserve attention. She wanted women to toughen up. Others, however, revelled in the acknowledgement that women are and have long been oppressed. These women feel sexual assault and harassment are systemic, and women must come together to demand an end to these practices.

This divide has led to some women ignoring the problem or looking the other way, and many feel this is not a good thing as it could lead to more oppression. However, men say they are already being oppressed as a result of the movement.

President Trump nominated Brett Kavanaugh for the Supreme Court. Shortly after his nomination, Kavanaugh was accused of attempted rape by Christine Blasey Ford. Blasey Ford alleged he tried to rape her back when they were in high school. During his confirmation hearings, Kavanaugh denied these accusations and Blasey Ford was unable to provide definitive proof that the event happened. Eventually, he was confirmed and now sits on the Supreme Court. People were outraged and demanded action, but this is not always the case.

Joe Biden, former Vice President of the United States and current presidential candidate, has been accused of sexual assault by a former staffer Tara Reade. People have come to his defence, saying she hasn’t spoken up before now. They don’t take into account the #metoo movement and how it may have given Reade the confidence to speak up after allowing this accusation to remain hidden for years. People have confirmed Ms Reade spoke of the assault after it happened, which was not the case with Blasey Ford, but people don’t seem to care. Some individuals have stated they believe her but they will still vote for Biden for president.

This leads some men to say they are oppressed if they are the wrong political party or if others have a disagreement with some other element of their personalities or lives. They receive unfair treatment simply because others don’t agree with them. Christine Blasey Ford was believed because she was accusing a Republican, while Tara Reade is being discredited because she is accusing a Democrat. This unfair treatment bothers many.

Many individuals scoffed when Vice President Mike Pence stated he would not have dinner with another woman unless his wife was present. However, with the #metoo movement, many women now find men they work with are adhering to similar rules. Women are seen as a protected class, one that has been victimized in the past and is now litigious. This has led to men in senior positions being unwilling to meet with any female employee or potential employee without others present. In fact, some refuse to meet with women for any reason due to fears of making a comment that could be misunderstood. These men aren’t willing to put their careers on the line in this way. Women are finding this means their networking opportunities have been greatly reduced. Men in the workplace often view women as a liability now thanks to the #metoo movement. They refuse to mentor a female in the workplace, which will also harm the female’s ability to advance.

Women and men alike need to recognize the importance of the #metoo movement. While it did give women a voice to speak out about their experiences and connect with others with similar stories, some people chose to take it too far. They now vilify anyone who is accused of a sexual crime without allowing the accused to share their story. While every woman deserves to have her story heard, every man does too. Until this happens, the problem won’t get any better and the country will suffer as a result. That is not a good thing for anyone living here today.