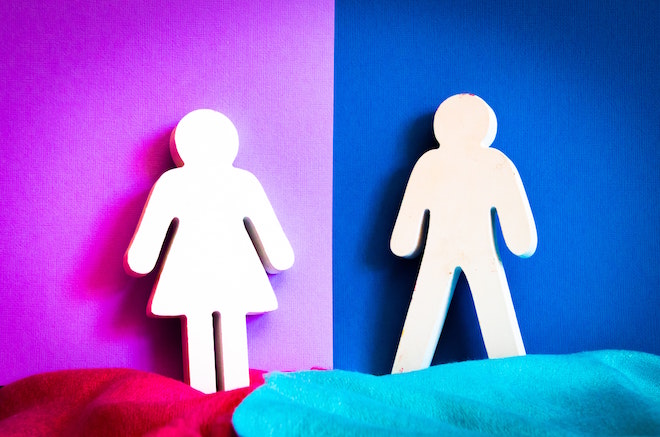 While many people believe the problem of workplace diversity has been solved by modern society, the fact is there are still many problems regarding the opportunities women are given in today’s work settings. Despite women making many advances in career fields that have been traditionally dominated by men, they still face many obstacles. For example, in regards to pay, surveys have found women are still paid less than men for doing the same job. According to recent data, women are paid on average only 82 percent of what men receive for the same position. Along with this, women are still denied promotions, made to work in hostile work environments, and often made to feel like second-class citizens while at work. Because of this, gender discrimination is a problem that has not only many causes for its origins, but also creates many effects on companies that lead to financial, legal, and workforce issues. If you want to learn more about this important topic, here are additional causes and effects, as well as potential remedies for solving this complex problem.

For this type of discrimination to take place, one of the easiest ways for it to do so is by having an inadequate representation of women in certain career fields that have been mostly male-dominated. Examples of these fields include automotive mechanics and repair, construction, engineering, science, and manufacturing. When women are not given opportunities to work in these and other fields, male managers and executives tend to believe this shows that women do not belong in these fields, which then results in fewer and fewer women being hired. For women who find themselves qualified for jobs in these fields yet are continually turned down by employers, they may opt to hire the best employment attorney available and begin legal action to gain the job they know they deserve.

Whether it is a male-dominated industry or one that has more diversity, a lack of progressive viewpoints by male managers, business owners, and other employees can also result in this type of discrimination taking place. Unfortunately, many women run up against this on a regular basis, which often gives them the task of trying to break through the so-called “glass ceiling.” However, if an employer has made it standard practice to not hire or promote women over the years, this can be very difficult to accomplish. Since an employer will have perfected numerous tricks to cover their tracks, the best course of action will be for a woman to hire a gender discrimination lawyer. By doing so, the lawyer can then begin to examine the employer’s hiring habits and record over the years, which often result in being able to establish a clear pattern of discriminatory practices.

In work settings where discrimination against women takes place, daily conflict and tension are part of each workday. When this occurs, nothing good comes out of it, since employees have great difficulty working with one another and successfully completing the necessary tasks. In addition, female workers begin to focus less on the tasks at hand and more so on whether or not they should pursue legal action against their employer. In situations where this option is chosen, it is best to contact an experienced gender discrimination lawyer at West Coast Employment Lawyers to begin the process.

In any work environment where discrimination of this nature is taking place, it is only natural to assume employees will at some point begin to feel less motivated to perform at their best. Since women in these situations will know that no matter how well they do there will be little if any chance for recognition or promotion, they begin to do less and less on the job. As a result, the company eventually begins to have the lack of productivity by its employees affect its profits, which in turn creates problems in other areas. For example, if profits fall below expectations, a company may not be able to purchase equipment or upgrade its technology to meet current industry demands. When this happens, business may decline and layoffs may become inevitable, creating additional problems for the company and its employees.

The Threat of Legal Action
When a female job applicant or employee has tried everything she believes possible to rectify a situation involving possible gender discrimination, the only choice she may have left is to take legal action against the employer. Since discrimination against one’s gender is illegal based on the Civil Rights Act of 1964, a company can find itself facing a whirlwind of legal problems should this path be pursued. Along with hiring the best employment attorney at West Coast Employment Lawyers, a woman may also choose to file a formal complaint with the U.S. Equal Employment Opportunity Commission. When this happens, the company will suddenly have to answer questions from federal investigators as to the nature of the alleged discrimination. Since these investigations last an average of 10 months, employers and employees both can face numerous distractions on a daily basis.

To make their workforce more diverse, many companies are now choosing to open up more jobs to women by changing previously existing job requirements for certain positions. Rather than emphasizing previous experience and education, more and more employers are now starting to offer on-the-job training to women, thus giving them the chance to work in many male-dominated industries. This has been a very effective way to attract women back to the workforce who have been busy raising children for many years, leading to numerous success stories.

In many instances, male employees have not been made to think about how their actions impact those women who find themselves being denied job opportunities they deserve. To help combat this, many companies now require male employees to attend gender discrimination seminars and workshops. In these sessions, male employees not only receive extensive classroom training on the various negative aspects of this form of discrimination, but also participate in role-playing exercises as part of sensitivity training. Along with these methods, most seminars and workshops also have a gender discrimination lawyer in attendance, who often presents a program on the legal repercussions a company can face when dealing with a discrimination complaint.

As workplaces continue to diversify, one of the newest groups to emerge has been transgender individuals. However, since many complex issues are associated with this group, most employers are unaware of how to deal with various aspects of their employment. For example, since many transgender employees may identify themselves as neither male nor female, problems can ensue regarding bathroom use and other areas that may lead to potential discriminatory practices. In these situations, it is always best for everyone involved to keep an open mind and be willing to do everything possible to work out a compromise. However, if this becomes impossible to do, it is usually smart to hire the best employment attorney from West Coast Employment Lawyers to assess the situation and help all parties find a solution that can hopefully avoid the filing of a lawsuit.