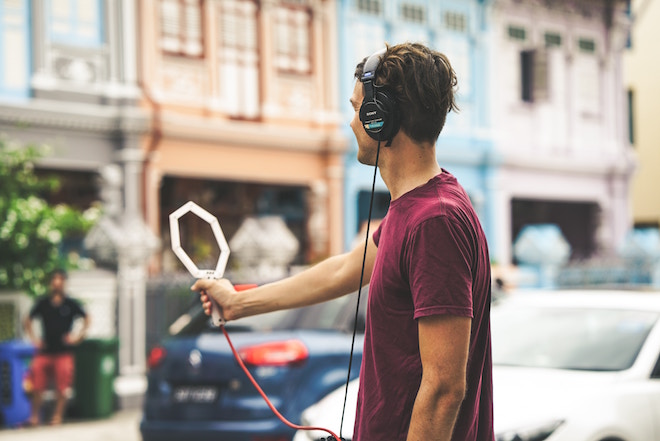 Sound is an essential part of any kind of music since it helps in engaging the audience. Apart from that, a good sound effect also helps in enhancing the production value and it can also evoke an emotional response. If the sound is not good then it can badly affect your video or film. The basic function of sound is to add emotion that ultimately helps in connecting the people to what they are viewing in the video. A good sound also enhances the overall mood and tone of the narrative. That is the reason why editing sound in any type of video is very essential which will certainly enhance the overall quality of your video. If you want to edit the sound and make it perfect then you can approach https://ekmixmaster.com/ as it provides the best professional mixing and mastering services as well as audio editing service.

Why sound effect is more important than visual in a video or film?

Generally, in a video, there are three main types of sound and they are human voice, music, and sound effect. A video can evoke a particular emotional response but the emotion of sadness, fright, happiness, guilt, or empathy is informed by the sound to the audience. No standalone videos can tell the complete story of a video until and unless the sound effect of the video narrates the audience about the feelings of the event on-screen. It is the music track that can quickly inform the audience about any particular scene or shot. Hence, it will not be wrong to say that music is an essential layer for any type of video without which it becomes very difficult to understand the meaning and emotion of the video.

The process of sound editing involves various things such as cleaning up, cutting, and moving sounds. In the diegetic sound, there are ambient noises which the sound editor must remove for the intended video and this is what is called the cleanup process.

In the sound editing process cutting and moving the soundtrack is just like the traditional cutting of visuals. It is a very tedious process and in most cases, it is seen that the sound used to move into other scenes where they should not be or it was not there initially. During that time the sound engineer again needs to break up the sound or slowed down or reversed depending on the condition of the track. This is a repeated process and after editing several times the music or the soundtrack falls in the correct track within the video. This is how the soundtrack is edited.

In any kind of video or film sound plays a great role in entertaining or engaging the audience and music is one of the most important parts of any film or video. The music and sound effect of a film can certainly enhance the poignancy of a scene of the film. Any kind of film or video can be multi-sensory if it is done perfectly and music or sound effect can certainly say more than what a word could ever say. Hence, it is evident that without sound no film or video will exist and that is the reason why sound editing is so essential and demanding.