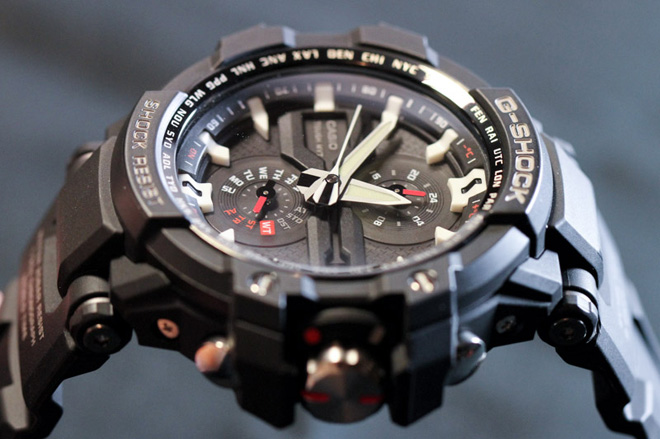 Isn’t a wrist without a watch similar to a man without humor? Dull and boring! Look at a man, then look at his shoes and then his watch. You can instantly tell whether this man is someone you want to be friends with. Though there are exceptions, the rule doesn’t go ignored.

You can tell a lot about a man by the watch he wears. A man wearing a watch of eminence shows that he has style, sophistication and class. (Call us snobs if you may, we still won’t drop our love for watches and people who love them too.) With so many fine watches available, it’s easy to find one that reflects your personality and triggers good repute, all while looking good.

However, if you buy a technologically advanced and particularly stylish watch, there are probably features on it that you’ve never known how to work. How about those tiny dials set into the face of your watch? They’re what makes your watch a chronograph, and this will tell you all about how they work.

What Does ‘Chronograph’ Mean?

Literally translated, it means ‘time writer’, according to Gear Patrol. A chronograph is very basically a watch with stopwatch capabilities. Each sub dial on a chronograph can measure different amounts of time using the ‘pushers’ on the sides of the watch face, without interfering with the watch function itself. Watches can measure anything up to 12 hours in this manner.

The chronograph is often confused with the term ‘chronometer’, although the two are completely different things. Chronometer watches are those that meet stringent accuracy standards as specified by the COSC in Switzerland.

The History of the Chronograph

The very first chronograph was simply two pens that wrote on circling pieces of paper to measure the time of racehorses on the track. Gentlemen’s Gazette describes how in France, 1817, Nicolas Mathieu Rieussec was named the royal watchmaker by order of the King, and designed the first mechanical chronograph to hit the market. Used primarily to time horse races, it revolutionized the sport and created whole new ways to compete.

How the Chronograph on Your Watch Works

But what about the modern chronograph? They’re the least used but actually one of the simplest functions on the modern watch. Gizmodo explains how you can use yours quite easily. The chronograph is started by pressing the top pusher, and the long second hand will start moving. Every trip it makes around the watch face will be measured in one of the sub dials. To stop the timer, simply press on the top pusher, and press the bottom pusher to reset everything.

NOTE: There is a slight complication with chronographs that use ‘dummy’ dials, or dials that are decorative rather than functional. To test whether your watch has dummy dials, move the hands of the watch through a 24 hour cycle. If the sub dials don’t move, they’re not functional. Many watch enthusiasts claim that it’s easy to spot a non functional dial just by sight alone, as they look ‘glued on’ or ‘cheap’. It’s advisable to test a watch for yourself though, so you know for sure before buying it.

Chronographs have been used in many professions to great success, most notably by astronauts. In 1970, the men aboard Apollo 13 re-entered the Earth’s atmosphere safely despite disaster on their ship, thanks to the chronographs they were wearing. They were able to time a critical engine burn, which allowed them to safely calculate their return despite all on board computers failing.

Aside from astronauts, most Earth bound men can find good uses for their chronographs. A lot of people would reach for an iPhone to time their dinner cooking, or their latest run. However, a chronograph can prove to be a lot more convenient, simply because it’s a device that’s always attached to your wrist, rather than sitting in your pocket or bag. Besides, you can use a chronograph as you’re running without being afraid it’s going to fall out of your pocket.

Which is the Best Chronograph Watch for Me?

This depends on how much time you’ll spend, well, timing things. Chronographs can measure anything from 30 minutes to 12 hours, so find one that can count up as far as you’ll need it to.

Other factors to take into consideration will include other features you will need from your watch, such as date display or water resistance. Also, personal style will come into play. Do you want a sleek and stylish chronograph, or a more rugged one that will survive in the outdoors? Once you’ve decided on what you need, it’s time to browse for the perfect watch. Look for the stunning collection of Casio watches online on Ethos and be careful while buying watches online from other sites. Buying them from authentic stores can provide you with exactly what you want in a chronograph.

Considering that they’re one of the most overlooked features, chronographs have some of the longest and richest histories in the story of the watch. The chronograph trend has been soaring high and anyone would love flaunting a chronograph watch on his wrist. They can offer an elegant and useful solution for those who need to use stopwatches.

So, get going and start shopping for a chronograph from your favourite brand!