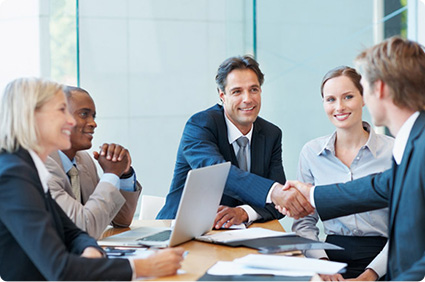 Whether you know it or not, the chances are high that some team members of your employer’s workforce were placed their by a recruiter. Recruiters work at staffing agencies and help businesses identify, interview, and hire qualified candidates. And, while internal recruitment is usually handled by a human resources specialist or general manager, external recruitment is generally handled by a separate agency. That agency is paid a predetermined fee based on the level of job within a company and how specific a candidate’s skills must be to fill it.

How much a recruiter or their company makes typically relies on a number of factors:

The benefits of recruiting

There are plenty of reasons that a company would head to a recruiter rather than jump through the hoops of hiring someone themselves. First off, recruitment agencies typically have a sizable talent pool of great candidates already and they also consider resources like LinkedIn Recruiter reviews to identify potential candidates.  Agencies also can specialize in candidates with a specific skill set, and that also helps attract top talent.

If you were looking for a job as an engineer, rather than sending out a lot of resumes on your own, you may go to an engineering staffing agency who would represent you and help you find work. Larger employers like using staffing agencies because they save them time and allow them to find candidates who are willing to work shorter contracts, take temporary work, or even agree on a contract-to-hire position. This results in a win-win situation for employers and job hunters.

How much recruiters make

You already know that a business or company will hire a recruiting agency to fill empty positions, but how much of a cut do the recruiters themselves make? Unlike internal recruiters who are salaried, external recruiters don’t receive an annual wage. Instead, they are paid what is called a recruitment fee. Recruitment fees can take a variety of shapes and sizes, although they are always paid by the company searching for the employee.

Generally, the recruitment fee is a contingency, meaning it is a percentage of the employee’s compensation for the first year if salaried, or hourly if a contract role. Take, for example, the previously mentioned engineering agency. An external recruiter for that agency will start reaching out to potential fits, advertising that the position pays $57,000, the average starting salary for an engineer. The recruiter who places an applicant in that role would get a percentage of the salary paid to them. That amount isn’t paid by the newly-hired engineer, however. Instead, it’s paid by the company. That means that if the recruiting fee is 10% of the salary, that recruiter is paid $5,700 by the company, who is now paying $62,500 to fill the position for the first year. In an hourly setting where the candidate was getting paid

Recruiters can also be paid upfront by retainer, similarly to how lawyers are sometimes contracted. In these situations, all or some of the contractual amount is paid up front and the recruiter isn’t competing with other agencies to fill a position. Sometimes, a retainer is split so that the recruiter receives a portion of the fee to begin the search, but doesn’t receive full payment until after a worker has been placed in the role.

Each method of payment has its pros and cons, as some recruiters may prefer the stability of a retainer. Others may be more motivated to string together multiple placements for a larger annual compensation package but, in the end, how a recruiter gets paid is usually negotiated between the company and the recruiter.

If you’ve been running the math, you may be thinking about getting into the recruiting business. Just like commission-based sales positions and realty, working as a recruiter can be a lucrative career path if you have the passion and perseverance to set and hit high goals for yourself.