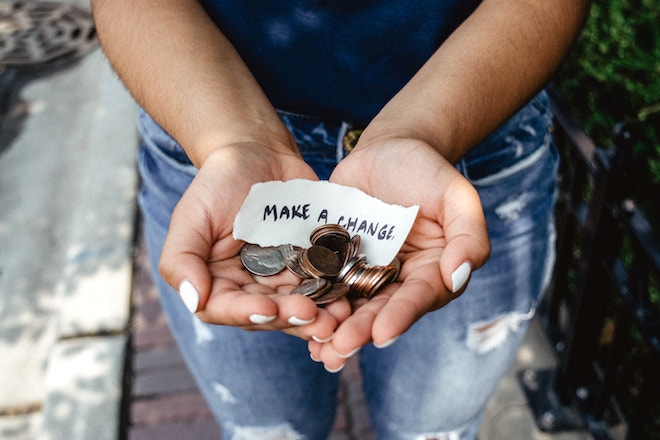 Most people love donating money for others. While some love to help others with themselves working for the welfare of the whole community. But are the two things the same? Or they nearly similar? They are similar. As both involve doing some good for others without thinking for oneself. Charity is usual for everyone. Since everybody loves to donate to others in the big scenario. But Philanthropy seems to be a completely different thing. Are they?

Charity and Philanthropy are both different from each other. As they both involve donating assets. But for different purposes.

While charity is a simple and meaningful donation for the welfare of public people. It involves community work to a great extent, as well as social unity and social development learning in the same package. Most people are made to understand why charity is important and why people should care for others.

Philanthropy, on the other hand, is a similar donation, of exact money in the form of cash, asset, capital, sometimes even shares (form a company) and free service from a company. All of these are done to help out a company or a brand or a start-up to rise and make its own name. There is a lot of philanthropists who have donated over a billion dollars already, including Microsoft’s Boss, Bill Gates (along with Melinda Gates). They financially helped out many companies to build their empire, in the market.

Charity vs Philanthropy: the war of money:

Philanthropy mostly involves giving money for more strategic and financial development of a company, acting as a capital investor with nearly no returns. Money makes a crystal clear representation here. While Charity does not. It is just a simple community work for the donation of any useful asset for the poor, as a part providing help to the needy too. Money does not make a clear mention here. As anything that works for money is acceptable. Charitable trusts although take in some money, to provide assets to the poor, instead.

Charity sounds mostly community work. Anyone can do it, even poor helping out their people. From the middle class to rich people everybody tries to help. Only, the helping hand matters here, nothing else. Not even the amount of money that is donated (if any in the form of cash or asset, or even a home).

While Philanthropy is only undertaken by highly successful business persons, just to help out small businesses and seeing them grow. Providing capital and financial help to such a business is not a good option, specifically if the company has no hope of emerging out. The total money goes to waste. Due to this reason, philanthropy is only undertaken and even maintained by highly successful CEO’s and brand managers.

Although Philanthropy seems like a risk job, most CEO’s and Entrepreneurs provide money to starting businesses. Aside, they also provide several business ideas and strategies to make sure, the company and its business continuously hold it for long. While Charity has nothing to do on these matters unless coming from a really rich person.

Believing in community work defines charity in oneself. But philanthropy requires even more bucks and professional experience to maintain the idea. You can take example of Brian Paes Braga. Brian Paes-Braga serves as the President, Chief Executive Officer & Director at Lithium X Energy Corp.