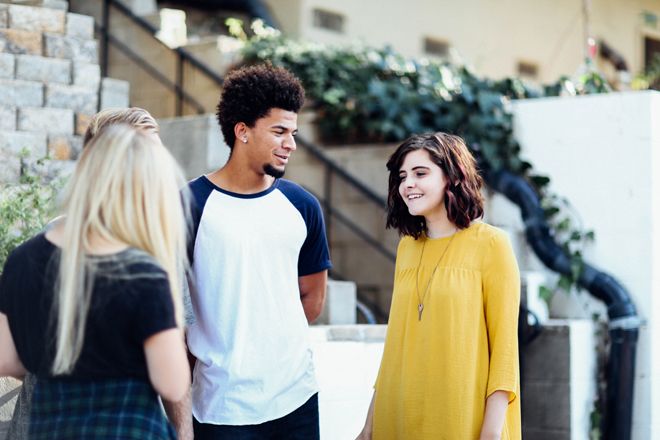 Sneaky texting codes for teens are these days very popular. They use the codes as their shorthand in order to dodge their parents or others to do their activities under complete secrecy.  They don’t need any more to send long sentences to send a message to their friends. The modern smartphone when connected to the internet enables teens to send text messages on the phone and on the social messaging apps such as Facebook, Yahoo, line, Vine, Tinder, Whatsapp, Tumblr, and others. So, young youth has created their new style of texting that provides them a cover and no parents get to know what the meaning of this kind of stuff is. It is a kind of modern-day shorthand, let’s have looked at the following.

You may have used following short terms in texting

WYD= what you are doing

BRB= be right back

INMHO= in my humble opinion

TYVM= Thank You so much

BRB= be right back

WYD= what you doing

Yeah, all these above-mentioned terms seem very innocent and normal. The child safety experts have their opinion that teen’s texting codes don’t have the actual meaning as they seem with the naked eye. There is the number of texting codes frequently used by the teens in the text conversation on the cell phone and on the social media platforms that really have the opposite meanings. The vulnerabilities are at the highest level and the tough job parenting challenge for the parents to a decoding of the text message in the form of a couple of letters and numbers to safeguard the teens from cyber interaction, Brian Bason CEO of BARK said that.

The National Institute of Mental Health report stated that the suicide is the main reason among young people that use the technology and its rising proliferation among the young people of the world.

“You may have advised to your kids and teens that always look both sides while crossing the roads. Similarly, parents should guide in the same fashion to the teen’s uses the digital world, “Baron added that.

The Bara’s has accumulated the data in which it is mentioned that, 10 million messages delivered by the teens every month that include short code text messages, emails and on social media platforms.

Probably following are the terms that make you scarred

There is a following sneaky texting codes of teens that really makes your worried being a father or mother of young kids and teens. Without making the strong accountable action, spying on teen’s cell phone and the complex codes make your parenting worthless. Have look at the texting terms that are very dangerous for teens and they may get involved in such condition where is no one is there to help them out.

KMS= kill my self

MOS= MOM over the shoulder

GNOC= get naked on camera

If you are the father and a mother or both want to track teens all the shorthand texting style to get to know the real motive and actual meaning of the text messages. There is no need to worry anymore, you can get the back to back shorthand list of teen’s sneaky text messages and get to know what is the meaning of these terms and can perform the abrupt action in order to protect teens from all the ultimate online dangers to the fullest. All you need to do is to track the IM’s chat conversations of teens, text messages and calls of teens. You may be amazed why to track the calls because these codes can be both in the form of verbal non-verbal. All you need to is to install the cell phone spying app on your target cell phone and use text messages spy to view the sent or received text messages. However, you can view IM’s chat conversation with the help of IM’s social media of the cell phone monitoring software. TOS has discovered and still to go to reveal all the short texting style of teens to decode the hidden and un-understandable conversation made by the teens on the phone or on the instant messaging apps in the form of text messages.

However, parents can view these kinds of terms with the help of TOS spy 360 live screen sharing. It allows user to share the screen of the phone to the online web portal to view the text messages on the phone and social media in real time. Parents can match the short keys provided by the TOS and get to know the reality of the shot hand’s sneaky text messages of teens. At the end of the day, it will help out parents to stop teens if they are chasing wrong and vulnerable path.

Put your all worries to rest and take a deep breath, bring TOS and decode the all the terms that has double meanings. Catch your teens if they are using terms such as 99= Parents are gone, GNOC= get naked on camera and LH6= let’s have a sex.

Shopping Smarter: How to Find the Best Phone Case