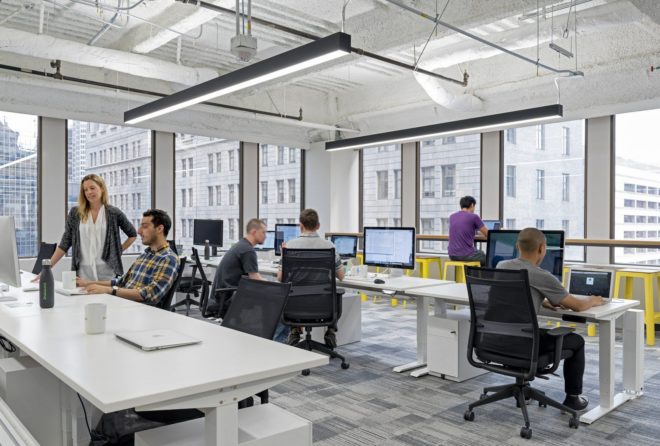 The Microsoft announced in September last year we will have a successor of Office 2016 , the version without signing the company’s productivity suite, and that this upgrade would arrive in about a year.

Called Office 2019 , the package will be targeted at users, especially corporate users, “who are not yet ready for the cloud,” the Redmond company said.

But beyond that description, Microsoft has been somewhat vague about Office 2019 with a “perpetual” license, which allows the user to use the package for as long as he wants without requiring additional payments for it. So we’ve listed below some of the key questions customers may have about the new package. Do you want to Buy Office 2019 original version?

Microsoft rates its software by the way it is paid, dividing it between a license that was purchased more directly and one that is essentially “rented,” since it is paid over time as a subscription.

Most of the time Microsoft uses the term “one-time purchase” to refer to a software license that is paid at a single, advanced cost to have the Office applications on one computer. This purchase gives the consumer the right to use Office perpetually. In other words, the license has no expiration date, and users can use the package for as long as they want.

There is no exact date yet, but it is possible to assume that this will happen between September and October. In late September 2015, Microsoft offered the Windows version of Office 2016 to Office 365 subscribers – and then released the retail versions. Therefore, Office 2019 should arrive this time of year – and following the same order.

Microsoft has not revealed yet. In fact, the features of the upgrade may not be revealed until the middle of 2018, when Microsoft should release a preview of the new Office. As Spataro pointed out, however, Office 2019 should earn features like Ink Replay in Word and Morph in PowerPoint. It is worth noting that both have been available for quite some time now for Office 365 subscribers.

And it’s important to keep this in mind: the chances of Office 2019 bringing any innovative feature are minimal. Because? Because the perpetual version of the package, with a single license, is built by bringing together the changes accumulated since the launch of its predecessor – in this case, the changes released to Office 365 subscribers in recent years.

It is certain that Microsoft will offer Office 2019 to enterprise users through volume licensing, but it is questionable to assume that the company will sell versions of the new package to retail end users.

At some point, the company will discontinue sales of Office perpetual licenses, analysts say. (And Microsoft has never hinted that it prefers signatures like Office 365, just because of the recurring revenue they generate.) Stopping perpetual copying to end users would be the logical place to start reducing that option on the market.

Spataro has not talked about it, but Office 2019 will have versions for Windows and MacOS. There is not much reason for Microsoft to cut the Macs of the equation, since the company dominates the productivity space on the rival platform.

In 2017, Microsoft cut user rights by running unsigned Office by announcing that perpetual license versions of Office 2016 will have barred access to cloud company services including Exchange and OneDrive for Business from October 14 of 2020.

Under the new rules, perpetual license holders of Office 2016 can only use these services during the first half of the 10 years of support, the portion that Microsoft calls “mainstream.” And the mainstream support for Office 2016 ends on October 13, 2020.

By launching Office 2019 in 2018, Microsoft will give it a year or so more for companies to migrate from Office 2016 (or a previous edition) to the new version before that cut in cloud services.

We do not believe that. Because? It’s simple: Microsoft is cutting support for Office 2019 by 30%. Instead of the standard 10-year support – with the first half called “mainstream” and the second “extended”, where only security updates are sent – Office 2019 will only have 7 years of support.

The simultaneous retirement of the two versions of Office with perpetual licenses is the strongest signal given so far on Microsoft’s plans to possibly stop offering packages for this model after Office 2019.

By shortening support for Office 2019 – something Microsoft had never done with Office for Windows until then – the company could wash its hands in both packages at the same time, thereby ending the single purchase option and turning Office 365 , based on signatures, the only way to license your productivity applications.

Spataro did not offer any specific explanation for this support limitation in Windows, but it is likely to have to do with security standards. Some people have suggested that this would be another “push” from Microsoft to drive upgrades to Windows 10, originally released in 2015.