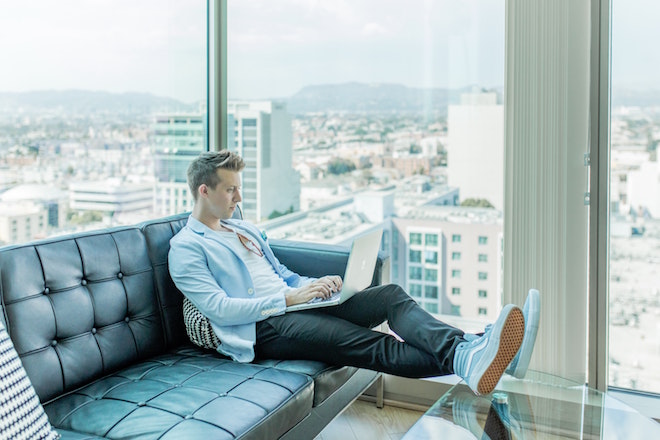 Highly successful people are a breed of their own. Sometimes, it feels like there’s got to be something they know that the rest of the world isn’t privy to. Most likely — although it might feel like they’ve been let in on some successful, elite secret — this group has just culminated good habits over the years that have contributed to their fortunes. Some of those habits might feel a little unconventional to the rest of us, but clearly they’re making them work to their advantage. From Queen B to Frank Lloyd Wright, here are those unconventional habits revealed.

Be the best version of yourself.

It’s no surprise that you have to really work for your success. In any market you want to be successful in, there’s bound to be competition. Before you start your takedown plan for the people around you, consider taking a page out of Beyoncé’s book. In an interview with 60 Minutes, Queen B discusses how she’s competitive with herself. She strives to be the best she can be, without trying to compare her work to anyone else. Create a new habit of trying to better your work by learning from your own past and striving to find new and exciting things that are meant just for you.

Fake it ‘til you make it.

Thinking and speaking positively about your success can keep you on an upward trajectory towards your goals. Physical appearance has the power to sway other’s opinions of you, and it can also help you feel more connected to your dreams. If you’ve always wanted to be a lawyer, go out and try on some womens white jackets blazers to complete a power pantsuit look. Find the blazer that’s the perfect fit. If you dress for the job you want, you’ll embody the confidence you need to make it happen.

Be forward-thinking and plan for the future.

A lot of people define success based on their financial situation. Mark Wiseman, a global investment manager and business executive, recommends planning long-term. Successful people smartly invest their money and plan on keeping that investment in the stock market for years to come. Making an investment plan and sticking to it is key, even when the stock market isn’t performing at optimal numbers. If your plan is to contribute to the market aggressively, as long as you have the financial means, continue on the route you’ve been planning, and don’t be afraid to look to experienced investors for guidance.

Take little moments to remind yourself of what you’ve accomplished.

When you’re reaching for success, it’s easy to put your blinders on, making it difficult for you to see the present moment around you. All highly successful people make a habit of feeling gratitude toward everything they’ve already accomplished, even if they’re still looking for more in life. Taking a little time, even just a few seconds a day to acknowledge the hard work you’ve put in and how that’s yielded positive outcomes can make all the difference. By exhibiting gratitude, the setbacks won’t seem so big and the future will feel attainable.

Self-care isn’t such a radical idea, but regular people sometimes have a difficult time truly committing to a routine that works. Michelle Obama makes exercising every morning an absolute priority, no matter what time she has to wake up to get it done. She realized that taking care of herself the way she takes care of the external things obligations in her life, like work and family, is key to setting a good example and forging ahead. Finally, as Ross Levinsohn noted in his interview, have more patience.

Make the most of each day.

Finding your prime time to work and think and then putting that time aside for creation is integral to success. Frank Lloyd Wright would naturally wake up at four in the morning and feel clear-headed enough to work on his architectural designs. Then, he’d go and take a nap later in the day. You don’t necessarily have to be an early bird, just carve out the time of day where you feel the most success to work on what really matters to you.