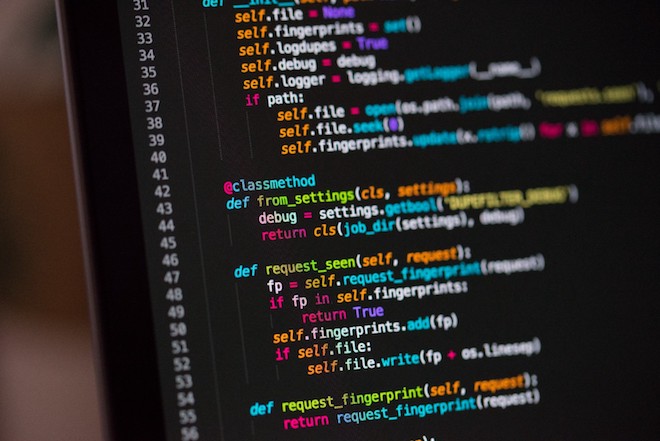 Python is meant for beginners as it is easier to learn even after being a high-level language. If you want a future in data science or are already working in Python is what you need. Python can be used for web programming, data analysis, etc, It can also be converted into binary code just like Java.

Things are changing with changing dates and technology. Java which was once the most popularly taught language in schools and colleges has been replaced by Python. If you are beginners the reason to learn python is that it is easy to learn, and for experienced guys, it is important because it is quickly becoming the language of the hour. So now you all know learning Python is easy and essential.

You guys out there must be thinking what the reasons for learning Python are. Below are the answers to your why?

To make your career in Data Science it is essential now to learn Python programming. There are many people we know who are bored with their jobs and now are changing their future career plans for the future. Due to the high pay scales and increasing job opportunities in this field, you can give it a thought as many are already convinced with the idea of selecting data science.

Python is not as popular a few years back as it is now. The reason being the frameworks Python offers (e.g. PyBrain, NumPy, and PyMySQL) and the different diverse experience it gives it allows you to learn a lot more like creating scripts to automate stuff, creating and developing websites, etc.

There is a huge growth of machine learning from the past few years, and things are changing around you because of it. It is one of the main reason Python language’s demand is growing.

As you can see the algorithms are changing, which is quite visible by seeing the Google search algorithm. Google search has become more advanced and can now answer what you expect it to. There are many apps using chats which answers or solves your queries, uber and many are totally handled by the algorithm. You see how time is changing the demand.

If you want to learn machine language, work for some website or just learn for your sake, Python is the only language out there which can really make it easy for you do catch hold knowledge in this sector. Even in Java libraries to learn machine is available. But due to the preference of developers in Python, there are more contents you will find in Python.

So, everyone prefers Python more than any other programming language for data science and machine learning.

Web development has been a major part of the market since the time the internet came over. Python just makes it easier offering many good libraries and frameworks such as Flask and Django. By using Python, a task that required hours of dedicated effort can be done within minutes. It lessens the effort and hard work to create a web which in return makes you invest more time in different work.

This is a major reason attracting beginners to learn it. If you are just a beginner, starting with difficult programming languages having intense tuff syntax and abnormal rules, Python is readable and easy to learn. There are no problems setting up as you get in Java and C++. In Python all, you need to install it and you are ready to go. At the time of installation, it will likewise request that you add Python to the PATH, which implies you can run Python from anyplace on your machine.

Due to the recent growth in Python learning, there are large communities ready to help you learn it. You obviously need people who can teach you new technologies all you need is support and guidance to learn a programming language. You can find any kind of solutions relating to Python in Google within minutes. There are communities like StackOverflow which brings Python experts around the globe to solve any issues you have.

With more and more people actually learning the language the community to help are also increasing.

The framework in Python has everything you need to in an application to give it a structure. The framework Flask gives you necessary web development processes, a standard for application construction, views management, for making it more user-friendly it provides there is user access management, and management libraries. The Django framework will provide you admin console just add a few more apps.

The library of In Python has all the codes require to build you. This makes it easier to use for the beginner or inexperienced and also takes less time. Python provides you different libraries required for different uses. It has the best library to date for machine and data science learning. There are many libraries such as TensorFlow, Scikit-Learn, Keras, Pandas and many more. Even after having so many libraries and framework it is free.

The time taken by python is much less than any other programming language. The time it takes for writing scripts, automating stuff and tool cannot be compared. You probably will be amazed by its working and simplification.

Python is similar to many programming languages in many ways. Many programmers currently working using different language can easily learn it effortlessly. Python is one set of an army having all that is required. Learning it will make you an expert for many things. Web development can be done using Flask and Django. Using NumPy, SciPy, Scikit-Learn, and NLTK you can do data analysis. To automate many of your daily regular stuff you can use Python to write scripts.

Python is developing largely and with the development, there is a growing demand to learn this language. For the people who are just starting their career in Programming Python will be a great start. There are increasing jobs in the sector and if you know Python, it makes easier for you to get a better job with high salary. Even if you are working in a company using other languages, getting knowledge of Python will bring growth in your career. Due to its popularity companies are actually hiring people having the proper qualification of this language.

In the field of data science, machine learning and web development Python developers are getting a huge amount. The Python developers are earning more than any other programmers in the market recently. Depending on your experience, location, and specialty your average salary will vary from $70,000 USD to $150,000 USD.

Programming languages are there over many years now, and from time to time there is a gradation of language or a launch of a new language. Python is currently ruling the market. Python has taken over the most popular languages C++, C, Java and has topped the chart. The factor that it’s easy and much more effective has made Python the most sought-after programming certification. It is used in big data. Used as data science. It supports testing, web development and the most important used in Artificial intelligence. It is used in all forms of projects small, large, offline or online. It is also used to make a desktop application using GUI.

There are many useful Python books available in the market which makes it even easier in 2019 to learn it. Start your journey in the field of coding with Python. If you thinking of heading towards this field in recent year, go for Python,

Are you thinking to make a career in this field and bring out your inner want of learning codes? Make your future brighter with better job and salary.